A1 Sauce Will Make your Palate Sing 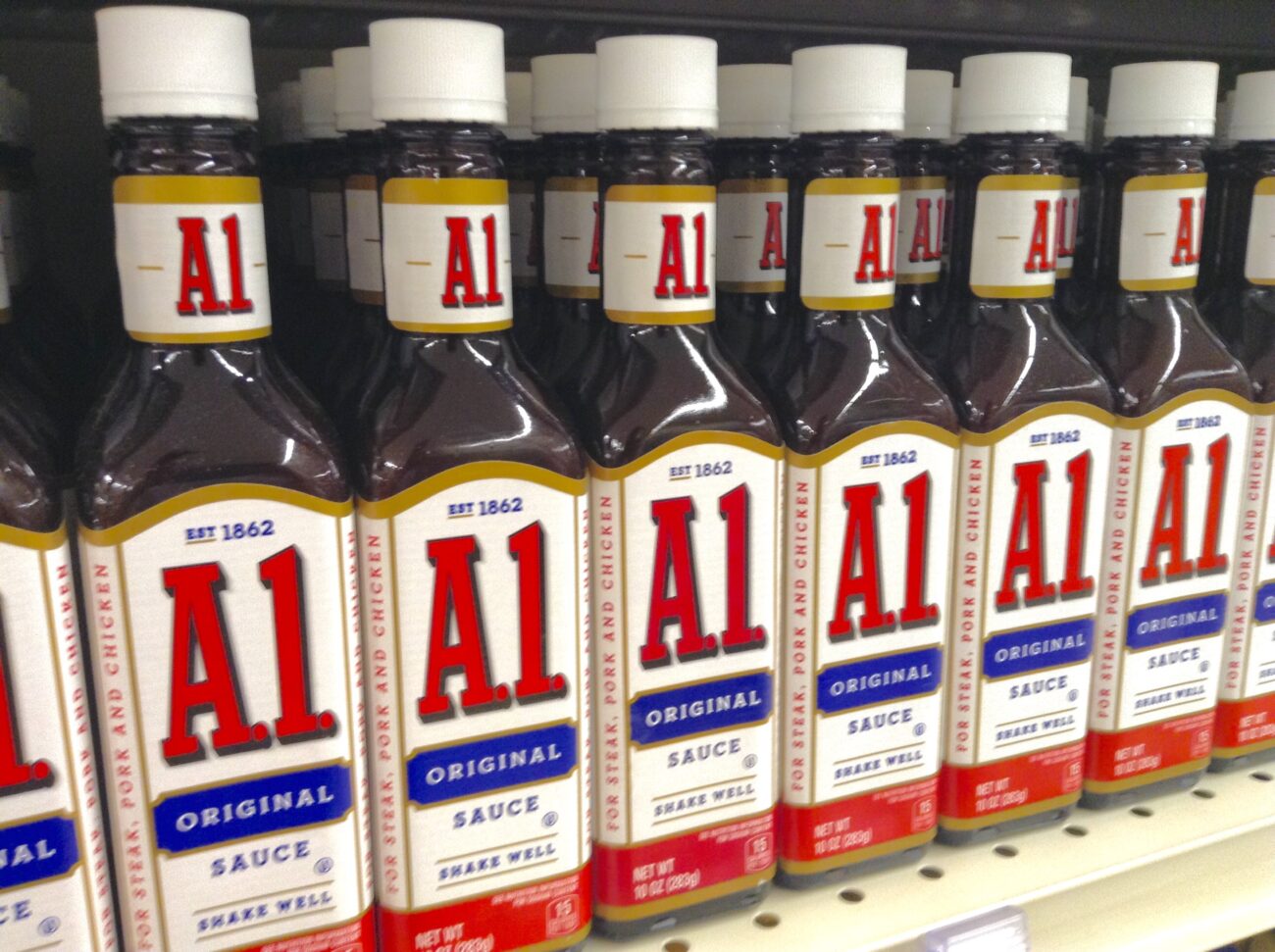 We’re always looking for better ways to improve the taste of our meat. Not that it needs it. Steak on its own rubbed in some sea salt and black pepper gives the most delicious result. However, a side sauce to back up your tasty meat never hurts, especially if you’ve browned it a little bit too much.  And there’s no better option for a steak, or any meat for that matter, than the famous A1 steak sauce.

Learning about A1 Sauce

The A1 Sauce is a timeless condiment that was originally produced in the United Kingdom.

The maker of this sauce, Henderson William Brand, was playing with ingredients and spices. That’s how great recipes were mainly born. In the case of Brand, his culinary invention came to be in the year 1824.

While working as a chef for King George IV, he discovered a combination of flavors, so delicious and original, that the king himself proclaimed it “A-1.”

That’s apparently how the name A1 Sauce was coined. The story is perhaps nothing more than a clever marketing strategy. However, the sauce stood the test of time and has survived for centuries now. In 1862, the king’s favorite meat sauce started commercialization, and it hasn’t stopped since then.

What initially began as a “saucy sauce…, appreciated on Welsh rarebits, broiled lobster and English mutton chops,” shifted its exclusivity, in the U.S, to steaks and was renamed in the 1960s, A1 Steak Sauce.

Kraft Foods, or the now merged Kraft Heinz, acquired the U.S. A-1 brand license in 1999, and in 2014, the brand returned to its unlimited relationship with any food. The 21st-century campaign encourages consumers to use the A1 Sauce “For Almost Everything. Almost.”

This “friending” strategy manages to show the sauce’s adaptability, making it the best accompaniment for any dish.

A-1 can be used in many ways. It makes an excellent marinade for your meat and a great side sauce for any dish. If you’ve never seen, tasted, or smelled it before, here’s what to look for.

A1 has a strong taste. Most users describe the flavor as stingy with vibrant acidity. The spices are not mentioned on the ingredients label, but you can distinguish cinnamon, cumin, mace, cloves, a dash of paprika, and salt. The array of spices causes an almost powdery consistency in the mouth. A1’s upfront vinegary flavor and the blended background notes of spices and citrus is a combination that “Makes beef sing,” as A1’s slogan claims.

You can expect to be surprised the first time you try A1, but the pleasant flavor will make you ask for more.

A1 steak sauce has a smell that resembles Worcestershire sauce. The spices’ scent is very noticeable, and the hint of fruitiness from the raisin paste and orange puree will complement any dish you cook.

The sauce is medium to dark brown and contains particulates of dark brown raisin bits and orange pulp and spice specs.

Making your Own Copycat A1 Sauce Recipe

Sometimes, you go grocery shopping, and you think everything on your list will be there, waiting for you in the packed aisles. But, surprises come unexpectedly and especially, when you need something the most. In case you’ve been looking for the A1 sauce without much success, here’s an excellent homemade A1 sauce recipe to enjoy with your favorite dishes using your pantry staples.

Pour the water, vinegar, Worcestershire sauce, ketchup, mustard, raisins, diced onion, cayenne pepper, garlic, salt and pepper, celery seeds, and orange juice in a small saucepan. Stir the ingredients over medium heat until they begin to simmer. Lower the temperature and keep stirring for 10 minutes.  Strain the relish for a smooth sauce.

Some people like their A1 as a side sauce to their meat or vegetables and some like it as a marinade. These recipes use the marinade method to combine the beefy flavor of meat and the enhancing aroma of the A1 sauce. Marinades propel a lot of flavors and are good to tenderize any meat cut. They can be vehicles for intense tastes or subtle ones. In this case, A1 will be a vehicle for all kinds of flavors, depending on the combination of ingredients you will be choosing.

The following combination of short ribs and A1 sauce is savory, to say the least.  Using A1 as a marinade for your meat flavors it and helps it cook quickly. This dish is perfect with rice, and you can add more flavor by pouring more A1 on the side and dipping your short ribs in the famous sauce.

Place the ribs in a large Ziploc bag and pour the marinade over them.

Coat the ribs well and put them in the fridge for 2 hours.

Let the ribs breathe at room temperature for 1 hour.

Preheat the grill on medium heat.

Cover a large pan with aluminum foil and place the ribs.

Cook the ribs on indirect heat for 90 minutes.

Transfer the ribs to a plate and reserve the liquid.

Grill the ribs over direct medium heat for 15 minutes, turning and basting them with the reserved A1 liquid until they are golden.

Transfer the ribs to a plate and cover them with foil.

Let them rest for 5 minutes.

Top the short ribs with scallions and some A1 steak sauce.

Using A1 as a marinade

The A1 acts as a vinegary marinade that helps break down the fibers of any meat cut to tenderize it. This is why it is the perfect marinade for the skirt steak: the original fajita steak.

The fibers of this cut are coarse, which lets the A-1 marinade penetrate the muscles. This process helps the meat cook evenly and quickly.

Cut the skirt steak in half.

Place the steak in a dish and pour in the A1 marinade.

Cover the steak and marinate in the refrigerator for at least 3 hours or overnight.

Drain the steak and discard the excess marinade.

Preheat the grill on medium heat.

Lay the steaks on the grate and cook for 3 minutes on each side.

Slice the steak against the grain into thin strips.

Serve on a plate with fresh tortillas, onion, cabbage, cilantro, and A1 sauce, if desired.

You can watch the following video for another opinion.